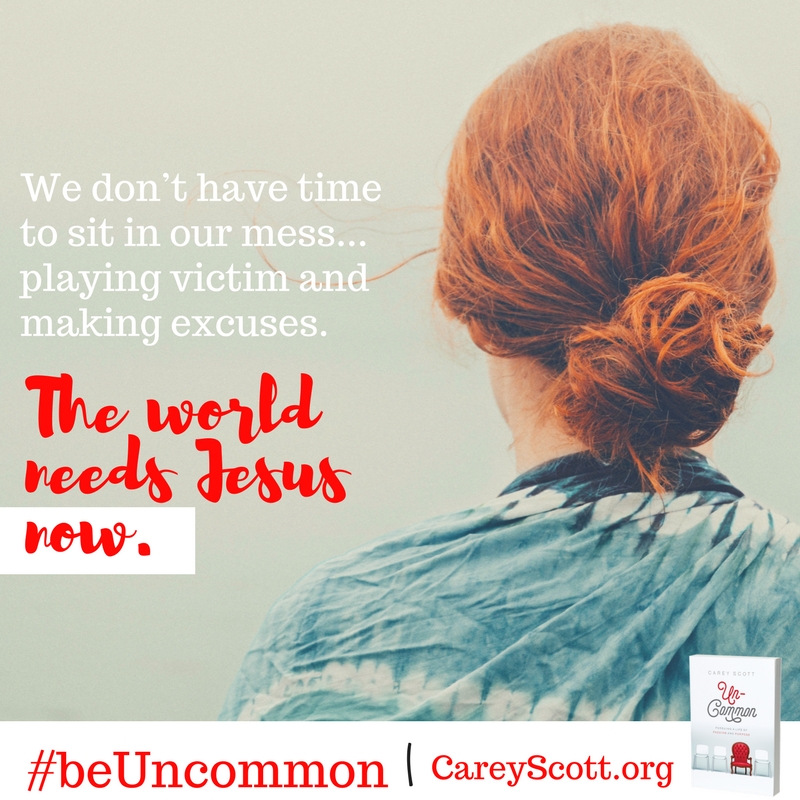 My first book, Untangled, was not an easy book to write.

In its pages, God asked me to share secret insecurities I never wanted to see the light of day. The ones that hurt so deep—so bad— you try to ignore them altogether.

But I included them anyway. I trusted (mostly) God’s reasoning for wanting them in there. And even though I would have never written about them without His prompting, I openly shared my deepest wounds with the world. I sat at my computer and bled my story onto the screen.

It was both cathartic and painful. I was honest beyond my comfort zone, yet comforted through my honesty. Writing that book was a beautiful experience.

So when I saw the 1-star review pop up on Amazon, I was speechless. I was hurt. And the tangles of insecurity started to wrap their way around me again. This woman had missed the point of my book. Instead of seeing courage and obedience, she decided my words were meaningless.

As I was busy promoting the book… I kept hearing her words over and over and over again. This should have been a joyous time, but instead I was stuck in the loop of her criticism.

I wanted to say… “Hey, I am a real person with real feelings. Words hurt me just as much as they hurt you. Please don’t use the computer screen as your shield to spew hate.”

Here is what I was on target to do: Sink in my circumstances.

I wanted to hunt her down and hurt her back. It would have been the normal response to something so painful. It would have made sense. Right? Can you think of a time where something rocked your world (in a bad way) and almost took you out of the game.

Life isn’t easy, and we’re not promised a pain-free existence as Jesus girls. But here is some big truth:   We get to choose what we do with the hardships.

We can take the common route… or walk the uncommon path instead.

The common way tells us to give in or give up. Sometimes it just feels easier.

It encourages us to throw a temper tantrum and milk sympathy for all it’s worth. I know, this one can be fun for a while.

It suggests we make someone pay for what they did to us. Oh the plotting can make us feel better–temporarily, anyway.

And it makes us believe we deserve better. Pride, pride, pride.

But the uncommon way is a stark contrast, and it takes true grit to walk it out.

It tells us to rise above the unimaginable, not sit in our circumstances and wallow. Sometimes I hate adulting.

It’s making the decision to look past our circumstances and focus on God instead. So much easier said then done.

Here’s why that uncommon choice was such a big deal. In our marriage, Wayne is known as the diplomat. I am known as the assassin.

If I had kept my eye trained on her criticism, I would have made very bad choices. My anger and bitterness would have done me in—with good reason. I would have responded in ways that pointed the opposite direction that God.

I had to choose to forgive so I could find the gumption to continue doing what God created me to do.

And here’s what I’ve learned. Sometimes having Uncommon forgiveness means we extend mercy to that person—in that circumstance—more than once. Forgiving an offense is rarely a once-and-done process.

Of all the ways we are called to be uncommon, this might be one of the most important. And honestly, it’s probably the very hardest to walk out. But when we choose to forgive, that choice allows us to look past our circumstances… and walk in freedom.

It allows us to #beUncommon women.

Previous Post: « How to make sure your tangled past doesn’t knot up your future
Next Post: How in the world do we find God in the busyness of life? »