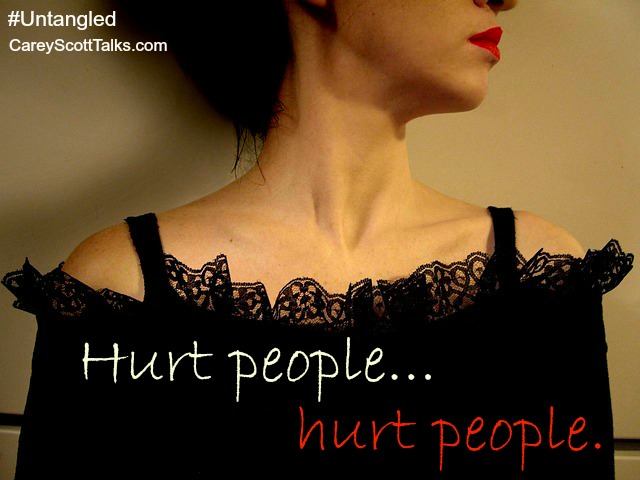 She let me have it.

The email was hurtful and hateful, and she held nothing back.

This woman called me every name in the book, explained in detail why I was unworthy of her following my blog, and gave me a laundry list of why I was irrelevant.

And I opened this email while on vacation with my husband.

When people lash out at us, it often reinforces those messages we already believe that remind us we’re worthless.

… or that we’ll never measure up to her.

And it tangles our self-worth into a million knots of insecurity. Maybe even a billion.

→  Something you say or do – usually inoffensively – triggers a tangled place in her.

→  From that tangled place of hurt, she responds by lashing out at you.

→  And her words or actions hurt your feelings because it triggers one of your tangled places.

And it’s not cool when that plays out. It’s not fair or right or kind.

And we respond one of two ways:

I’ve done both. Chances are, you have too.

When that email came through with her mean-spirited comments, I wanted to let her have it. I wanted to hurt her right back. I thought of several responses that would’ve put her in her place. And they were diggers.

It would have felt so good to respond in-kind, because she had no right to lash out like that.

But instead of perfectly executing “Plan Annihilation” … God was quick to remind me that hurt people — hurt people.

And just like that – almost miraculously – instead of being angry, I felt compassion for her journey. Her words stopped tangling me.

Can’t we all relate to this woman, though? We been on those mind-numbing, heart-breaking, fear-creating journeys where we took every bit of our anger and hurt and spewed it on some innocent victim in the wrong place at the wrong time.

Oh how we needed grace through those very messy seasons.

Without God’s untangling work in our own lives, we’d be hard-pressed to let “lashings” from other women not deeply affect us. It’s a common response to get hurt when people are mean.

But when we let God loosen those knots of insecurity — the ones that challenge how we feel about ourselves—He will untangle the hold they have on our self-worth.

So the next time someone lashes out at us, our heart will break for them … rather than because of them. 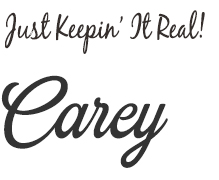 Previous Post: « The only way to truly love yourself
Next Post: When the world worships the young and perky… and you’re not either of those things »